During a prolific career Bayramov created more than 5000 works of art, many of which now hang in prominent museums and galleries around the world.

Throughout his life, Durdy Bayramov’s paintings have been featured in over 100 solo and group exhibitions, a number that continues to grow each year.

Art Foundation celebrates and advances Durdy Bayramov’s dream of sharing the joy and wonder of art with people everywhere.

Durdy Bayramov was raised as an orphan in Soviet Turkmenistan but rose to become widely recognized as one of Eurasia’s preeminent artists. During a prolific career that spanned nearly six decades, Bayramov created more than 5000 artworks, many of which were acquired by prominent museums around the world. His work has been featured in over 100 solo and group exhibitions, a number that continues to grow with every passing year. Bayramov worked and traveled extensively within Turkmenistan and around the world, a practice he continued until his final years.

Canada was a country he longed to visit, a land he idealized as isolated yet, home to uniquely captivating scenery.

In 2012, his dream was realized. Instantly, he became enamored with the country’s natural beauty, geographic diversity. Not surprisingly, the artist found himself inspired to paint the landscapes he encountered. During his stay he witnessed Canada’s vibrant seasonal transitions, from a breezy and serene summer to a colorful autumn. Although he lived in North York, a district in the city of Toronto, Bayramov also traveled throughout Ontario and Quebec where he was moved to create his 2012 series “Canadian Autumn”, capturing the colours and character of the country. Through his daily interactions, Bayramov was touched by the hospitality and warmth of the Canadian people.

Inspired by Canada’s diverse and multicultural population, Bayramov, as a Turkmen artist, expressed his desire to someday organize an exhibition of his work in the land he came to love.

However, after enjoying six months in what had come to feel like his adopted homeland, Bayramov returned to Turkmenistan to attend a solo exhibition of his work held in honour of his 75th birthday. Although he did not know it at the time, this was to be his final exhibition as a living artist. Shortly after, Durdy Bayramov was diagnosed with liver cancer and, within a few weeks, he passed away.

Devastated by her father’s passing, Bayramov’s third daughter, Keyik Bayramova, was burdened by the likelihood that his dream to share his work with the Canadian public might go unfulfilled. Determined to honour the artist’s final wishes, she organized a solo tribute exhibition of a selection of his paintings in 2014 in the Toronto home she once shared with him. The exhibition was a success as visitors proclaimed the significance, and beauty of Bayramov’s art was celebrated in the Canadian press. The flood of positive feedback encouraged Keyik and her family to continue building the artist’s legacy in Canada.

Bayramov left behind an estate of over thousands of artworks in addition to innumerable letters, notebooks, and other archival materials.

As executors of his estate, the Bayramov family was determined to give the public access to his extensive collection, and continue his legacy. In 2015, the Durdy Bayramov Art Foundation was established with the aim to cultivate cultural exchange and provide a space where artists are invited to be inspired, create, and explore. 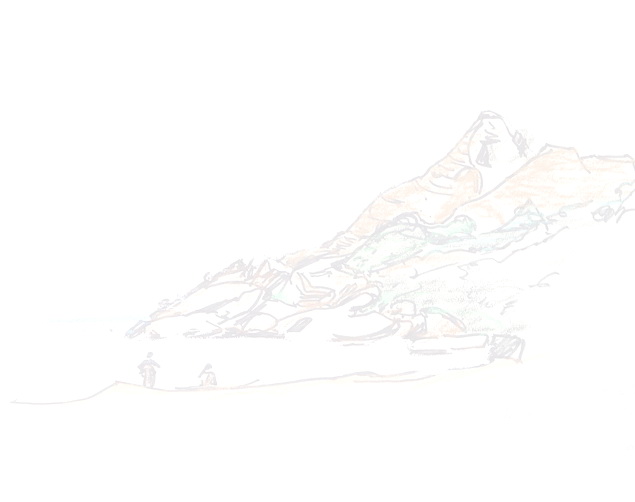 Art is deeply human. It expresses hopes, lifts the spirit, and inspires confidence in one’s abilities.